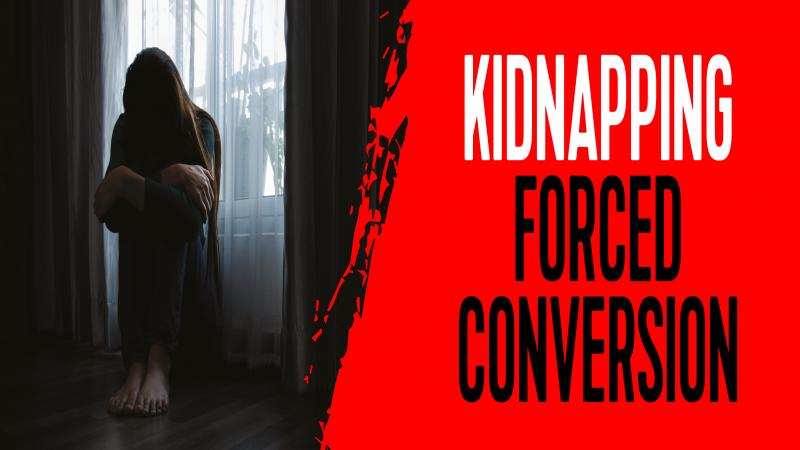 Christian parents Anwar Masih and his wife Shaheen are concerned as police have still not been to find their young daughter, went missing over two weeks ago.
Anwar Masih of Faisalabad told PCN he has five children - two sons who are married and living with him, and three daughters. Two daughters are married while Muqadas the youngest child in the family was living with her parents.
Anwar said he is catholic and living in a Christian village comprised of 300 houses. According to him, his daughter Muqadas is a university student and working part-time with her mother to pay her university fees and her personal expenditure. She was also engaged to Sahiraas Khurram, and they were due to get married after she completed her degree.
Shaheen Bibi, Muqadas’s mother, said: “We have been running a small beautician’s business from our home for the last few years.
“I have been sick for some time and on the day she was abducted, I asked Muqadas to bring my medical report from the doctor Rizwan. According to the Police and Doctor, she collected the medical report and even told us that she was coming home but she never arrived.
“When she didn’t arrive home by 10 pm I got a bit worried and tried to call her but there was no answer, her phone was switched off.
“I got concerned and told my sons, they went to look for her, they went everywhere, wherever she could possibly be, but she was nowhere to be found and it was all in vain.
“We kept searching for her for two days and then at last we complained to the Police and registered a first information report (FIR) in Thikriwala police Station, Faisalabad.”
Police searched for her everywhere but couldn’t find her. During the investigation, they arrested two suspects - Waqas and his friend, Muqadas - where she goes for computer classes. Waqas and his friend both denied their involvement, but police continued their investigation.
Ilyas Masih, Muqadas’s brother, said: “We also went to Doctor Rizwan’s clinic where she went to collect her mother’s reports.
“According to Dr Rizwan, she collected the reports and left the clinic. I am concerned about her but i have no further information about her.”
Faisalabad Labour Quami Movement (LQM) chairman Baba Latif Ansari who is supporting the family said Anwar and his wife Shaheen are both members of the union and are concerned about Muqadas who has been missing since August 11.
He said: “Although the police is searching for her, they have failed to find her. I wish that she is found as soon as possible.”
Police officer Naeem said that although they had arrested two suspects, they are denying having any information about Muqadas but the search for her continues.