On Monday 9th August at about 7 pm terrorists attacked Christians of Babu Mohalla Christian colony, Mustang, Baluchistan.
According to pastor Naomi, the priest in charge of Heaven Gospel Assembly Church, Mustang, a few days before the attack, some suspects were roaming in the area, but unfortunately, nobody questioned them and then on the evening of 9th August some terrorists entered the street and suddenly started firing guns. 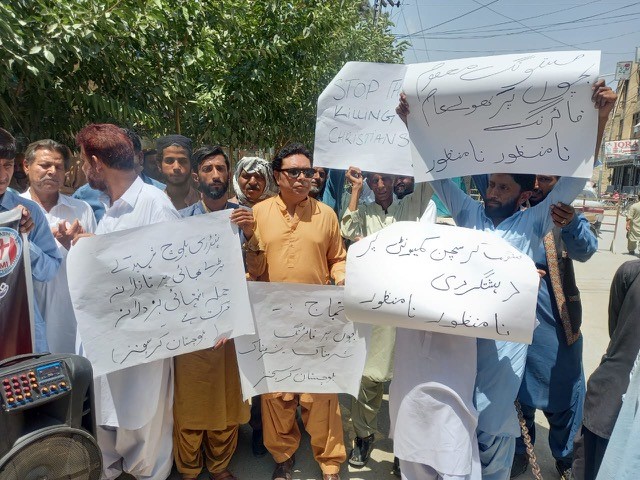 it was evening and people were relaxing and children were playing in the street, but as soon as they opened the gunfire, everyone ran to their houses to save their lives but some were left behind and 4 children and 2 adults were severely injured because of the terrorist’s firing.
They continued firing for about 2 minutes and then left shouting slogans and waving their guns.
Pastor Naomi said one person, Wilson David, has died in hospital.
He was a brother of the former member of parliament, Henry Mash, Sadly, Henry Masih was also killed last year by his own security guard.
The case was publicised but no one has been arrested, and the family is still longing for justice.
Pastor Naomi said: “We believe that they were from Dahesh, but we are not clear why they had come and what their aim was.”
He further said the situation is still very tense in the area, the government has issued a warning and all security institutions are on high alert in Baluchistan. 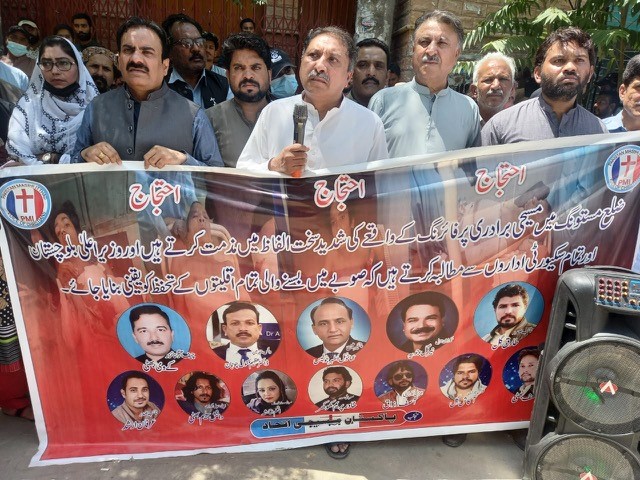 Pastor Naomi said: “We haven’t heard anything from the authorities, therefore, Christian leadership, including, Samson David, brother of Wilson David, Titus Jonson, a former member of parliament, Shahzad Kundan-JUI, Hina Gulzar-PPP, Jaffar George ex-minister of PPP, has organised a protest in front of the Quetta Press Club.
Pastor Naomi appealed: “Please remember us in your prayers, especially the injured children and their families.“
He further said that all these families are daily wagers and therefore need some financial support.
If anyone would like to support the injured families, they can contact pastor Naomi or other people mentioned above.