14-year-old Christian girl kidnapped on the way to school 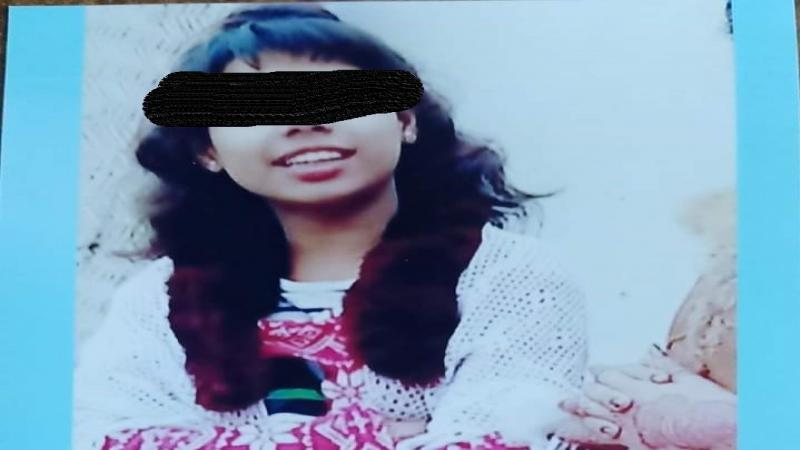 On May 24 Christian girl Saba,14, of Madina Town, Faisalabad, was kidnapped on her way to vocational school.
According to Rubina Bibi, her mother, on the morning of 20 May 2022 while he daughters Saba and Muqadas, 18,  were going to a vocational centre.
She explained: “When they reached Rasool park near Alnoor Garden some Muslim men Yasir, Muhammad Riaz and their companions abducted my daughter Saba, they pushed my other daughter Muqadas on the road, pushed Saba into a rickshaw and ran away.”
She said Tariq Iqbal and Aamir Danyal witnessed the incident.
She said: “I am a labourer and have a knee injury, therefore my daughters are working as a domestic servant.
“My husband Nadeem Masih is working as a sanitary worker at Insaf Textile Printing Mills.
“We have five children, 3 daughters and 2 sons and are living in a rented house at Daud colony near Baber Chowk Faisalabad.
“My daughters are innocent and were learning the stitching and cutting of clothes at the vocational training centre, as they didn’t want to continue as domestic servants, but want to do some respectable work and live with dignity.”
She further said that she is not satisfied as the police are not making enough effort to arrest the kidnappers but instead, they have arrested Yasir’s mother instead.
She accused the police of delaying the case intentionally to support the kidnappers, as they have told her that Saba had converted to Islam and married Yasir.
Rubina said: “She is only a 14-year-old child, this is not right.”
She further said that Yasir already has three wives and several children and his uncle has helped him to kidnap Saba.
Lala Robin, a human rights activist, said: “The police station, Madina town Faisalabad has registered the case under section 365 B, and failed to find Yasir and Saba and his companions, but instead the police have arrested Yasir’s mother.
“The police have said that as soon as they find Yasir and Saba, they will inform us.
“I believe the police are playing delaying tactics and I know they will only bring them to the court when Saba will agree to convert to Islam and marry Yasir, and they can even torture her to save their skin.
“This is because the practice is that if you present marriage and religion conversion certificates, the court gives kidnappers free hand to take the girl with them as their lawful wedded wife. This practice has to be stopped.”