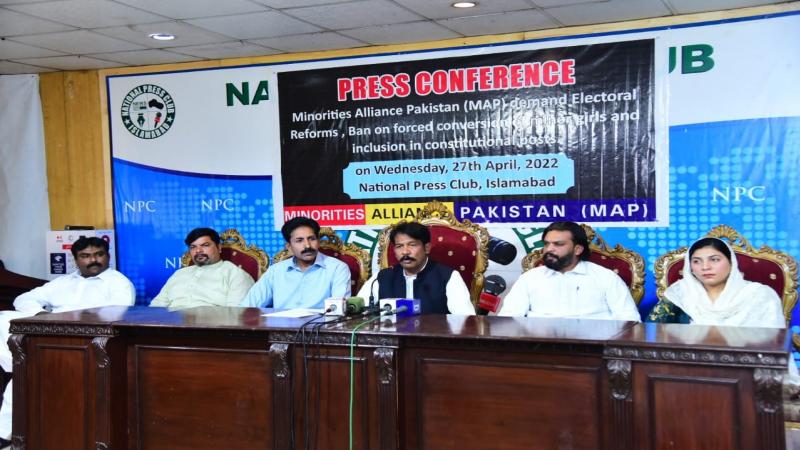 The chairman of Minorities Alliance Pakistan (MAP) has demanded a ban on the National Single Curriculum (NSC).
Advocate Akmal Bhatti said the NSC was damaging religious harmony and peace in the country.
He alleged that Pakistan Tahreek Insaf’s (PTI) government had promoted religious extremism and hatred in the country through the implementation of the curriculum.
According to reports, he said that he welcomed the present Government and hoped that it would restore the rights of minorities, and also criticised the present electoral system for requiring minority parliamentarians to be selected by the heads of political parties under the proportionate electoral system, thereby forcing them to accept the party head decision.
Bhatti further raised concerns about the 2017 census which he claimed the population of minorities was intentionally undercounted.
He also highlighted that minorities are worried about the future of their young girls who are abducted, raped and forcibly converted to Islam.
Bhatti called on the Prime Minister, Shahbaz Sharif, to take steps to address the issues of forced conversion.