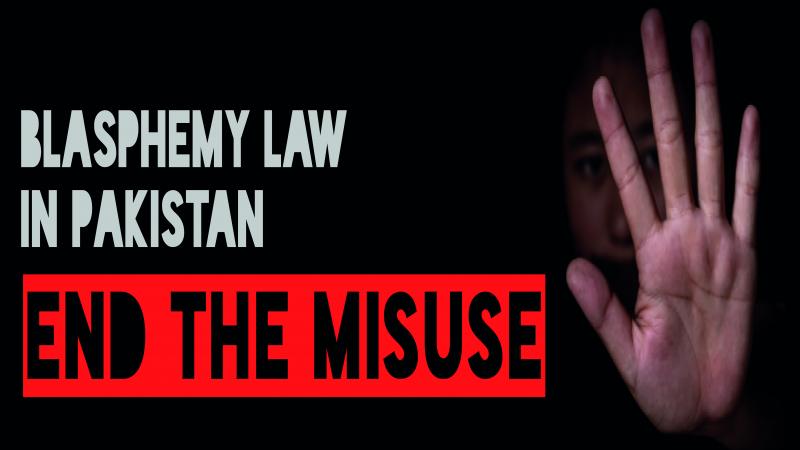 Human rights groups have expressed deep concerns over the mob violence under the guise of blasphemy accusation, as observed in the lynching and killing of a Sri Lankan factory manager in Sialkot, Pakistan, on December 3, 2021.
They are deeply alarmed by the inhuman treatment of Priyantha Kumara Diyawadana, who was tortured to death for allegedly tearing down a poster of a political party bearing the name of Prophet Muhammad from a wall when the building was under renovation.
It is worrisome that a mere blasphemy allegation instigated the mob that tortured him to an extreme degree, leaving all his bones, except one leg, broken, followed by the lynching of his corpse.
The representatives at Voice for Justice observe that the blasphemy laws maintained by Pakistan do not consider whether a person intended to commit blasphemy, and that removing a poster that, without being aware of it, has the name of the Prophet printed on it can lead to murder.
This is deeply disturbing because much of Pakistan's society is uneducated and illiterate.
Furthermore, if Priyantha Kumara had been a Sunni Muslim from Pakistan, he would likely not have been killed. Among Pakistani Muslims, there is a widespread will to defend Islam and Muslim society from people of other religions, as they are perceived as a threat to Islam. In addition, Islam teaches a domination mentality where it enables other religions to live under the rule of Islam, but not as equals. When they see someone from another religion threatening Islam, they may feel the need to assert their domination by using violence. Foreigners, such as these Sri Lankan Hindus, can easily be persecuted, subjected to extreme violence and murder.
This creates a sense of fear on the part of non-Muslim Pakistanis. With no intention of committing blasphemy, they can easily be charged and killed any day. The non-Muslim community is afraid of going into conflict with the Muslims because they know they can very easily be accused of blasphemy and killed.
Stephan Masih is an example of how these blasphemy laws can be used by Sunni Muslims to settle their personal accounts. Masih is a Christian who has mental health issues and was in a dispute with his Muslim neighbours over pigeons entering the neighbour's home. During this dispute, Stephan was charged with insulting the Prophet Muhammad and has been in prison for two years.
The human rights groups demanded that the honourable courts in Pakistan should hear Stephen Masih’s case on an urgent basis and drop all charges against him on account of false accusation, and his mental and physical health condition.
The head of the Voice for Justice, Joseph Jansen, observed that the abuse of blasphemy laws has increased exponentially in Pakistan as false accusations of blasphemy are often made, misusing blasphemy laws, and are motivated to settle personal vendettas or property disputes or religious prejudice. He deplored that the accused persons do not receive a fair trial under blasphemy laws as they are deprived of their liberty and are made to spend several years behind the bars without committing any blasphemous offence. He lamented that the complainants and witnesses involved in levelling false allegations against the accused often enjoy impunity, and they are not effectively prosecuted for charges of perjury under Section 182 of the Pakistan Penal Code whose punishment extends to 5-7 years. The provision, if enforced, could help change the mindset and direction of the stakeholders involved and the public about how to respond to such accusations.
Human rights groups call upon the government to consider the following measures to prevent the misuse of blasphemy laws.
• The Government of Pakistan needs to introduce a National Action plan to counter religious extremism and intolerance, to put an end to mob violence in the name of religion.
• The Government of Pakistan needs to enforce the existing provisions to criminalize perjury, false and malicious accusations, and redefine blasphemy by amending blasphemy laws substantially to make them consistent with international human rights law and standards, including on freedom of expression; freedom of thought, conscience or religion; and equal protection of the law.
• The Government of Pakistan needs to introduce substantive reforms in the blasphemy laws to address disproportionate penalties and to make blasphemy-related offenses bailable and cognizable to ensure judicial warrants are a prerequisite for launching an investigation and making arrests.
• The reforms must include putting in place adequate and effective procedural and institutional safeguards at the investigative, prosecutorial and judicial levels, including, inter alia requiring evidence by accusers, ensuring proper investigation by senior police officials, allowing authorities to dismiss unfounded accusations, to ensure that the accused persons are not unjustly punished on the basis of mere allegation.
• Implement recommendations of the Judicial Inquiry held by Gojra Inquiry Commission in 2009 through an effective compliance committee to introduce institutional safeguards for investigation and prosecution to prevent misuse of blasphemy laws.