Christian mother of four kidnaped on her way to home 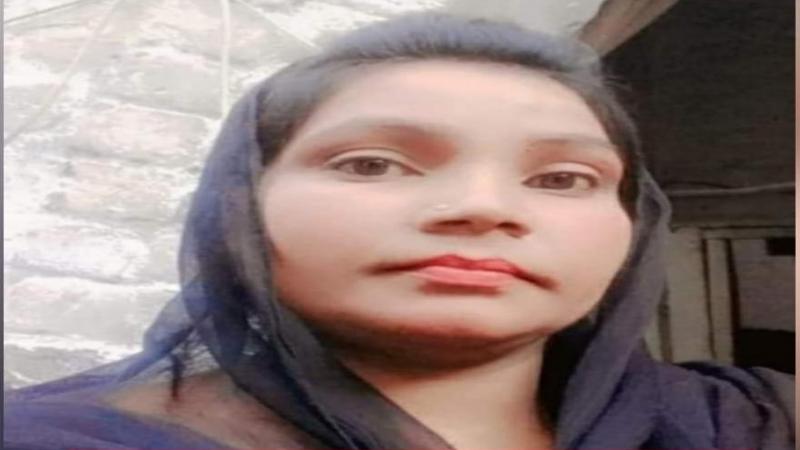 On 21st August a 38-year-old Christian mother of four, Mumtaz Bibi, of Faisalabad, Essa Nagri, who works as a housemaid, did not return home after leaving work.
Her husband Tariq Masih suspects Bibi might have been kidnapped on her way home.
Masih is a government employee who works in the irrigation department. He and Mumtaz have two daughters, who are married, and two sons - Daud who is a student, and the older son Khurram who is a daily wager.
Tariq Masih said his wife was working as a housemaid in Sitara Sapna city Faisalabad. On Saturday, August 21 she went to work as normal and between 1-2 pm she phoned Khurram to pick her up from her work because she had finished her job. But Khurram was busy at work and asked her to get an auto-rickshaw home if possible.
When Bibi did not arrive home the family tried many times to call her, but her phone was switched off.
Masih said: "It was not normal and all of a sudden I was anxious and so many evil thoughts began to come to mind.
“I felt something had gone wrong somewhere with my wife - it had never happened before.
“I started praying for her safety as we didn’t know where she has gone or what happened to her, whether she had an accident or something else had happened to her.
“It was sure that she was in trouble and at the end of the day when we lost all hope, we decided to inform the police.
“A First Information Report (FIR) No.1362/21 was registered at Ghulam Mohammadabad Police Station Faisalabad.  I was imploring the police officers to find my wife and please bring her back home as soon as possible.”
A local preacher, Pastor Aamir Rasheed is helping the family spread the news through social media, so if anyone sees the posts or has any information can inform the family.
During a telephone conversation, he told Pak Christian News (PCN)  that on 31 August they learned that some people had forcefully kidnapped Bibi and put her in their car.
He said: “We were told that one rickshaw driver had made a video of the scene and now we are looking for that rickshaw driver in the town but until now there is no success.
“We are feeling very helpless as we have shared all this information with the police, but they are not taking this matter seriously. We are poor people and have no money to bribe them.”
Masih’s daughter Mahrukh told PCN, the family is very disturbed, especially Daud who is missing Bibi badly and cries several times a day.
She added: “Several days have passed but there is still no information about our mother because we are poor therefore the police is not paying much attention and making no efforts to find our mother.”
Masih said Khurram, who told his mother to get a rickshaw, is now blaming himself and feeling very guilty saying he didn’t know and could not imagine that such little carelessness could cost them this much.
Masih requested the prime minister of Pakistan, Imran Khan, Chief Minister, Sardar Usman Buzdar, and the Chief Justice of Pakistan to help him to find Mumtaz Bibi.