Two Christian girls kidnapped at gunpoint outside their house 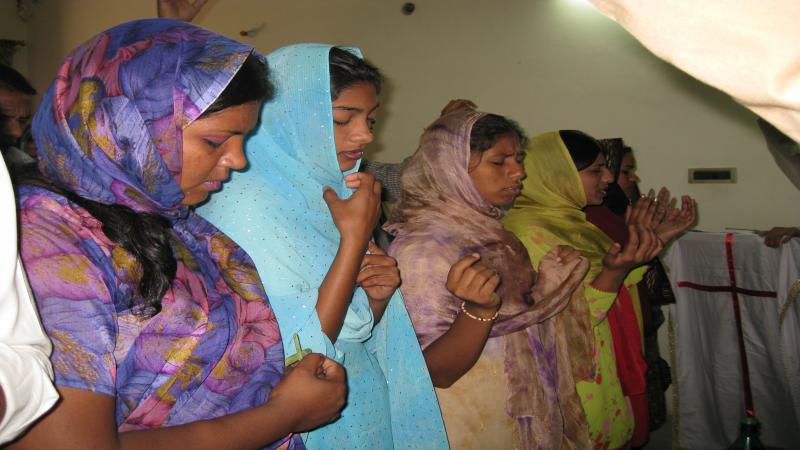 On 16th August 2021 two teenage Christian cousins from Warburton, District Nankana Sahib were kidnapped at gunpoint outside their house by local Muslim men.

According to Mumtaz Bibi, the mother of Simran and aunt of Sheeza, on 11 August she went to attend the funeral one of their relatives in Faisalabad with another family member, but she left her daughter Simran, aged 16, her son Anoos and her brother, Ghafoor Masih’s daughter Sheeza, 15, to stay together and look after Anoos, who is disabled.

But when she returned Simran and Sheeza were not at home. Crying, Anoos told her the girls had been kidnapped by two Muslim men, Ali Raza and Lali Iqbal, at gunpoint outside their house.

Anoos told his mother that around 4 PM Simran went to the shop to buy some food but Ali Raza and Lali who were present outside their house dragged Simran and forcefully pushed her into a rickshaw parked nearby. Simran started shouting and called for help. Sheeza went to help her, but she was also attacked. She started crying too and in the meantime, Anoos came out and when he saw that both girls were struggling against Ali and Lali who were pushing them into the rickshaw, he started shouting for help to save his sister.

Their neighbour Sahil and some people gathered around and tried to rescue the girls but Ali and Lali pointed their guns toward them and threatened to kill them if anyone interfered and tried to stop them.

Mumtaz further said in her statement the family tried to search for the girls but couldn’t find them. They went to the kidnapper’s houses, but their houses were locked and there was nobody there.

A local resident, Nadeem, said that he saw Ali and Lali in the Warburton area about 5 PM.

The Police has registered a case against Ali Raza, Lali Iqbal, Sabira Bibi, Sarang Chanan, Gongloo Sumendar and some other people who are believed to be involved by the victims’ families. Until now nobody has been arrested but the family is fearful about the girls' wellbeing as several days have passed and they don’t know whether the girls are alive or not. They have heard horror stories about such cases but hope their daughters will return home safely.

Nasir Saeed, Director CLAAS-UK has expressed his concern over the ongoing situation, saying the kidnapping, forced conversion and forced marriage of teenage Christian and Hindu girls have become an everyday matter.

He said: “Parents of young Hindu and Christian girls are fearful of their future in Pakistan.

“In this year alone we have recorded over two dozen cases, and the majority of cases are of Christian girls from Punjab.”

He further said that it is frustrating as the government and law enforcement agencies - those with power - are aware of the situation but turn a blind eye.

Mr Saeed said: “Forced conversion of religious minorities primarily in girls, some younger than 12 years old, seems to have become a norm not only for the Pakistani government but for the community as well. Hardly any member of society admits to seeing the severity of the problem at hand.

He added that comments made by Minister for Religious Affairs Noorul Haq Qadri that there should be no restrictions on converting religion before the age of 18, saying that if someone aged 14wished to convert to some other religion, they could "not be stopped", were very disappointing.

Qadri said in the Islamic faith, anyone could convert to the religion regardless of age. He said "There are several incidents where someone expresses the wish to convert their religion out of their own choice before the age of 18. There are several examples in Islam of religious conversion before 18".

Mr Saeed further said that the Islam-influenced judiciary system has also become a safety net for paedophiles and rapists who take advantage of the Islamic faith’s inherent good deeds to justify their criminal minds.

Mr Saeed said forced conversion and forced marriages are serious crimes and the government must pay attention and introduce new legislation to stop this growing problem.