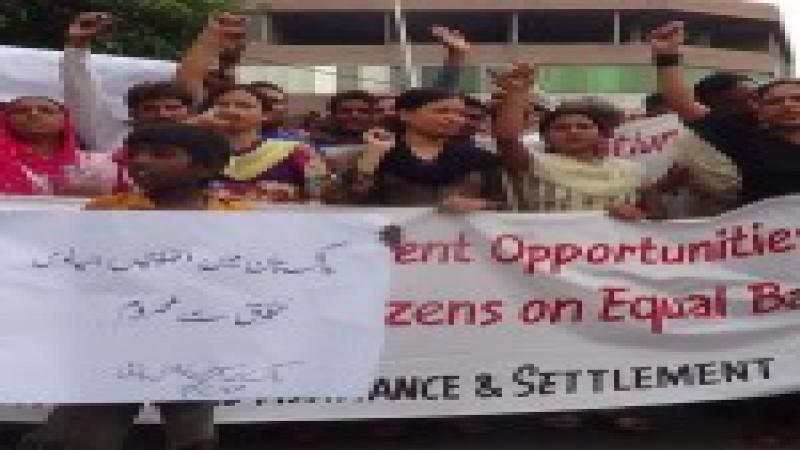 People who believe in peace and tolerance are in the majority and should take charge of Pakistan, a retired justice has said.
Justice Nasira Iqbal told a convention organised by the Peace and Tolerance Alliance (PTA) in collaboration with the Strengthening Participatory Organisation Pakistan (SPO-Pak) at the Human Rights Commission of Pakistan (HRCP) offices, that Jinnah envisioned Pakistan where citizens of all religions would have equal rights.
But she expressed regrets that religious minorities in the country had not been given these rights.
Justice Iqbal told the convention blasphemy laws were being used to persecute minorities, and that the majority of cases were brought to unjustly occupy the land.
While Mehboob Ahmed Khan, a human rights activist, said the persecution of minorities through unfair laws and social discrimination meant the country could not progress.
Representatives from the Hindu and Hazara community said they had been persecuted and not afforded equal rights
At the conclusion of the convention PTA convener Samson Salamat submitted demands that unanimously adopted by the participants.
This included ensuring the state policies and laws are free of religious discrimination, the blasphemy laws are ended and the curricula be revised to end discriminatory content.