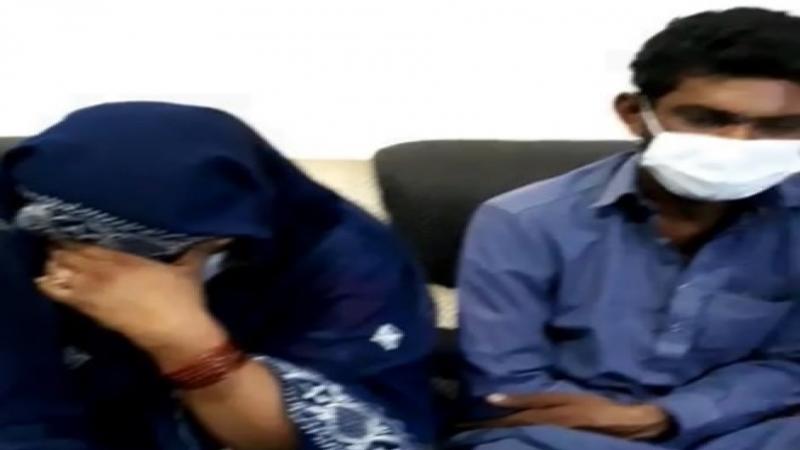 A Christian mother of five children, Venus Bibi, 30, of Sahoo Ki Malian (village), Sheikhupura, was recently freed from her kidnapper after a police complaint was registered against the abductor.
Venus and her husband are both brick kiln workers.  According to her husband, Warris Masih, on April 1, 2021, Venus Bibi went out for household shopping. On her way back home some Muslim men blocked her way and told her to accompany them and not make a noise.
Before she had time to process what they were saying, they grabbed her by the hand and dragged her to a car parked nearby.
Bibi resisted and started shouting but the kidnappers showed her a gun and told her to stop shouting otherwise they would kill her. Bibi got scared and stopped shouting. She said she heard one of them was saying to take her to Sahiwal, another town about 129 miles away from her hometown, so nobody could find her.
Warris said that Muhamad Akbar is the main person who kidnapped Bibi with the support of his companions. Warris further said this was not the first time he had kidnapped a Christian female, but he had done so in the past, but because he is rich and very influential the police never take any action against him. Because of the police’s inaction against him, he has been emboldened and therefore he continues to commit such crimes freely and regularly.
Warris said Akbar detained Bibi for at least 20 days and during this time his friends repeatedly raped her, beat her and kept threatening her saying that if she tried to escape, they would kill her children and husband, and nobody could do anything about it.
Bibi who was sitting with head down next to her husband, covering her face with Dupata (scarf) and continuously crying,  lifted her head to say the abductors injected her with drugs to make sure she did not escape.
Warris said although he had complained to the police about his wife’s kidnapping, they were not taking any action and kept telling him not to worry as they were trying to find his wife. Warris said that as the police knew the abductor, they forced him to release Bibi.
She was found on the roadside near her village, Sahoo Ki Malian, in a terrible state and wasn’t even able to walk own her own.
Crying, Warris said: “We are poor and Christian therefore the police are not taking any action against abductor, and because he has heavily bribed the police.
“But I want justice for my wife. I want all the kidnappers arrested and punished for their crimes so they can stop kidnapping more Christian women.”
Nasir Saeed, Director of CLAAS-UK expressed his grave concern about the increasing number of kidnappings and forced conversion of Christian and women and young girls.
He said: “It is very unfortunate that despite State being aware of this problem, it continues to ignore the issue.
“It is also said that the mainstream media is not willing to publish and telecast news which relates to Christian and other minorities’ girls.
“But similar news about Muslim girls is regularly published in the mainstream media and statements are even issued by government ministers and other officials, action is taken against the culprits but hardly any sympathy is shown for the Christian and other minorities‘ girls.
“Mostly the kidnapped young girls are forced to convert to Islam and marry much older men and sometimes they are sold.
“The mainstream media, Government and politicians all are aware of the problem but the media is not willing to give it any coverage and highlight the problem, while the government and police seem to have no interest in minorities’ issues.
“Pakistan must understand its responsibilities towards its non-Muslim citizens and must immediately take appropriate steps to stop the rising number of forced conversions and kidnappings of Christian women and underage girls.”