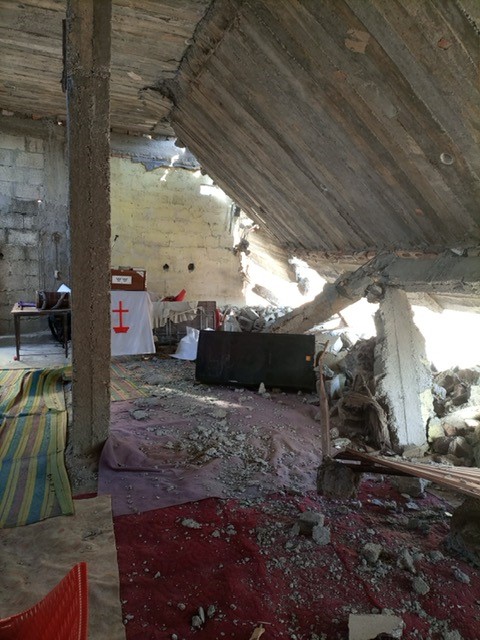 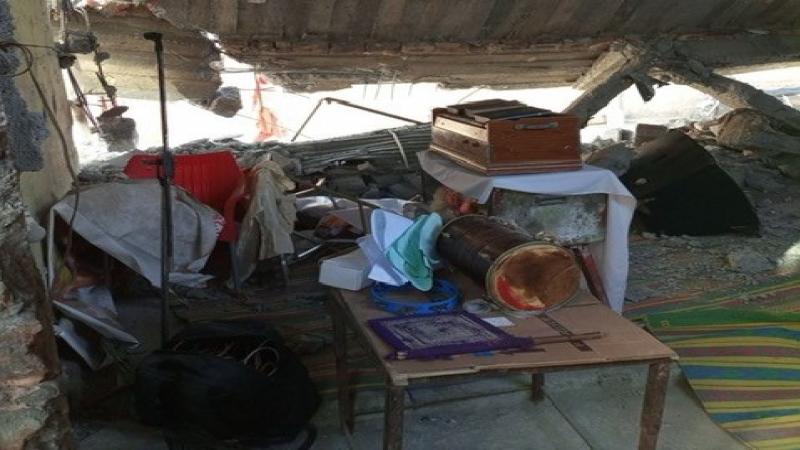 On Wednesday 31 March, the Capital Development Authority (CDA) demolished Emmanuel Gospel church in Musharraf colony, sector G8/4 Islamabad, the capital of Pakistan. The settlement consists of about 300-400 houses and all families are Christian and poor.
The Pastor in charge, Rev Naveed John George said that at about 8:45 (Pakistani time) a CDA team with the police arrived at the church and immediately started destroying it. When asked why they were doing this, instead of explaining, the CDA and police started shouting and insulting the pastor.
Pastor George said they have worshipped there for the last 12 years, and the land for the church was donated by his older brother Kamran George. The building was old, and the structure was not very strong, which is why the roof of the church had been leaking for a while. The church committee had decided to change the roof and had raised funds for this purpose.  It had already notified the CDA in writing that they were going to change the roof. But instead of replying, on the morning of March 31, they tore down the church.
Pastor George said this was illegal, and they were not given any prior notice or any other information about the action. He added that they had still not been told why the church had been demolished. He added that this is a holy month and now they have no place for Easter worship.
The pastor said the congregation is very upset because the CDA has not just demolished the church but hurt their religious feelings too.  He added that it was very sad that they were not even given time to remove the holy cross from the church building, or holy Bibles and other commodities they consider holy. Such desecration of the Holy Bible and the Cross is not acceptable. Pastor George said the CDA has not just hurt their religious feelings but they have been reminded that being Christians they have no respect and no rights in Pakistan. He said they had tried to raise their concerns to get the attention of high authorities, but it all seems to have been in vain and they are now considering legal action against the CDA for desecrating the church, holy Bible and hurting their religious feelings.
He added that with 300-400 houses and three other churches in the vicinity, it is beyond his understanding why this church has been targeted.
Napoleon Qayum, Director of Pak Centre for Law and Justice, a human rights group based in Lahore, has expressed his grave concern stating that it is totally illegal to demolish any community’s worship place without any notice, no matter what the reason. Even if the CDA had any valid legal reason to take action and demolish the church, it was their responsibility to give prior notice to the pastor, mentioning their concerns and asking for the removal of the Holy Bibles and other commodities to avoid hurting the religious feelings of Christians. It is not just a matter of the local Christians but the whole Pakistani Christian community whether living in Pakistan or abroad. He said he is very upset and requests that the Minority Rights Commission and Ministry of Religious Affairs and Interfaith Harmony must take immediate action and rebuild the church at their own expense without any delay as such unpleasant action by the government not only creates problems but also brings a bad name to the country.