Man calling himself Jesus charged under the blasphemy law 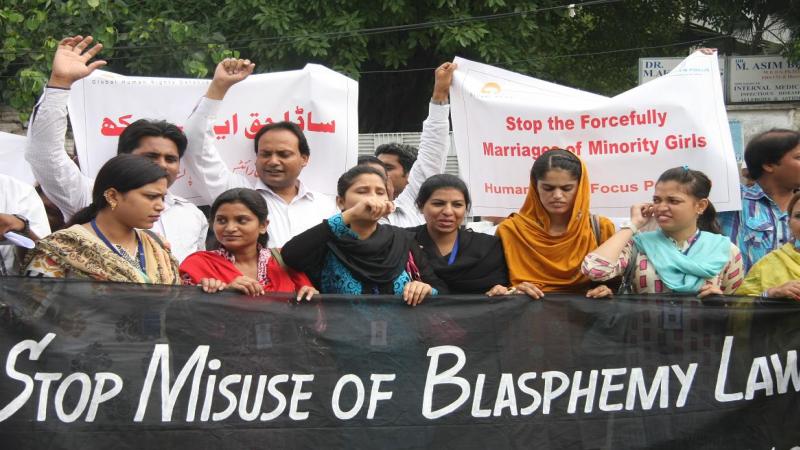 Pakistani police have charged a man who proclaimed to be Hazrat Essa (Jesus Christ) with blasphemy.
On September 9 police from Quaid-e-Azam Industrial Area Police Station, Lahore, registered a case against a Muslim man, Abdul Waheed Mushtaq, under the blasphemy law, section 295-A of the penal code.
He was arrested after the complainant, Habib Ullah, resident of Zia Colony Township, Lahore, told police that he had information about a man who was claiming himself to be Jesus Christ.
It is considered a sin for anybody to call themselves a  prophet.
According to Habib after making some inquiries he came to know there was a man named Abdul Waheed Mushtaq who was proclaiming to be Jesus Christ and telling people to follow him because Holy Prophet Muhammad (PBUH) and Hazrat Musa (Moses) (A.S) and Hazrat Essa (A.S) came to him in a dream and he was told to proclaim himself Hazrat Essa (Jesus Christ).
Habib told police that because of Abdul’s false claim and the offense caused to Muslims, Abdul should be arrested under the blasphemy law, and punished according to the law.