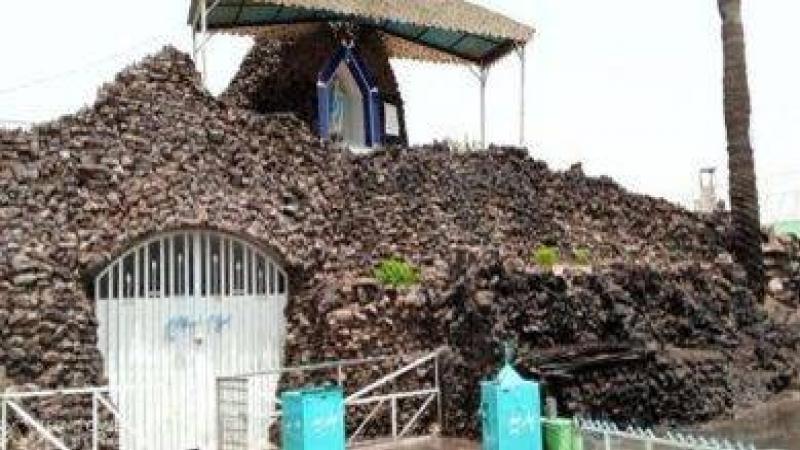 The pilgrimage of the Holy Mother Mary celebrations in Mariamabad has been cancelled due to the coronavirus.

Archbishop Sebastian Francis Shaw of Lahore Diocese has sent a video message to the Pakistani Christian community about the cancelation of the 3-day long pilgrimage.

In the message, he said the cancellation was devastating, but it was the right thing to do. He explained that the government had asked them not to have such big religious gatherings and people shouldn’t be allowed to stay there overnight in order to prevent the virus spreading.

But there will be worship in Mariamabad on 4th September on National Marian Shrine just prayer at 4 pm so the believers could leave by 5 pm.

Following 5th September there will be three prayers taking place and there is no compelling reason to remain on the grounds.

Archbishop Sebastian further said the virus is very dangerous and will spread like a bushfire.

The archbishop said there was a need to protect two things one is humans and the other is conviction.

This is the first time since 1949, when it started, that the celebration has been cancelled.

After the announcement of the cancellation of the annual pilgrimage, the majority of the pilgrims have no objection and appreciate the step of Archbishop Sebastian Shaw in issuing a video message for the faithful pilgrims.

Abid Gill from of Saleem Colony, a member of the St Joseph Parish, Gujranwala, said that in 1992 he was studying in eighth grade when he first went on the pilgrimage to Mariamabad and since then he has gone every year. But this is the first time in his life that he won’t be able to go.

He said: “Of course I am slightly sad as the whole year I wait for this time, but this year I am slightly disappointed. However, I believe that keeping in view the present situation of the COVID-19 pandemic, Bishop Sebastian Shaw has taken the right decision and this way several lives will be saved. Although the government has allowed many Muslim events to be taken place, but with conditions.

“We have recently lost our young parish priest Fr Imran Anwar, who died because of coronavirus. Although we are allowed to go to our church, we strictly followed the SOPs. As soon as worship finishes, we come out of the church without meeting and shaking hands with each other. “Therefore, I think this is the right decision for everyone.”

Akram, 57, from Youhanabad, Lahore, also agreed with the archbishop’s decision regarding the cancellation of the annual pilgrimage of Mariamabad. He said that he used to take a convoy every year, for the last 15 years, but this year they won’t be able to go.

He said: “We will miss it, but it is an important decision to save people’s lives, and we must respect it.

“Our convoy used to consist of over a hundred people including women, children and men. We used to walk day and night and it used to take one night and two days. We used to have one truck along with the convoy in which we used to have food and water and if anybody got sick, they could get into the truck instead of walking. We also used to have some water and food with us but mostly during our travel, different towns and different groups used to welcome us to handover water and food packets, and it was not just Christians but even Muslims used to give us food and water.

“It is not just us who go by walk to Mariamabad, thousands of people come from all over the country like from Karachi and Peshawar take part, and it takes them fifteen to twenty days but people come every year.

“Although this year we will not be taking a convoy, I hope I’ll be able to go for the pilgrimage during this year, or next year at any time, own my own. I feel it is like my religious duty.”

He thinks that if Muslims are allowed to offer their prayer in the mosque, and for Eid celebrations, then why not the pilgrims.

He said: “We can follow the SOPs, like anybody else. My father used to organise a singing competition during this three-day pilgrimage and we used to enjoy it as well as offer our prayers.

“It is sad we have to wait a whole year for this time, but sadly this year because of the Covid-19 pandemic, we won’t be able to go on the pilgrimage.”